Proud Hungary – The Budapest story of a Kyrgyzystani guy 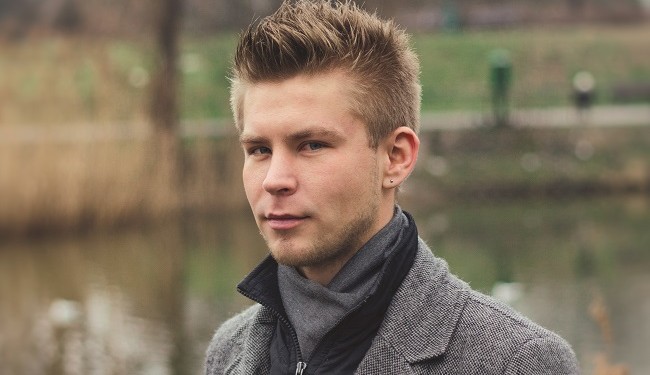 During a short chit-chat over a cup of coffee on the on the banks of the Danube at Why Not Cafe, I met Konstantin who was born in Kyrgyzstan but also has Russian ancestors. He happens to be a stage lover, a roller-skating enthusiast and he ended up studying European Law. Check out Konstantin for yourself.

How did your Russian family end up in Kyrgyzstan?

This is an interesting story. My grandfather was an orphan back in Russia. He married my grandmother and discovered that his mother was in Kyrgyzstan. He decided to pack and move in with his mother and wife.

How did you end up in Budapest?

Budapest was actually an accident. I wanted to do my Masters in Germany after graduating from the American University in Central Asia. Fortunately, I didn’t win the scholarship to Germany, but a newly created one to Budapest. I was very happy to enroll and start my LLM studies at the Andrassy University.

How long are have you been here?

What are your impressions of Budapest?

When I was awarded the scholarship I had no idea or expectations towards Hungary. When I received the news about my acceptance, I had little time to organize my documents and was not able to run a pre-search on the country, its customs, etc. However, now that I’m here I know I made a better decision than going to Germany. Hungary is the golden mean between Western Europe and the post-Soviet Union. In my opinion, people here are more honest, sincere and avoid being fake for no reason, unlike most of Western European societies. Budapest is very cozy and the atmosphere is great. I could go on forever praising the city with pompous cliché adjectives. At the end of the day, there is no comparison between Budapest and Kyrgyzstan. They are two completely different worlds.

What are your impressions on Hungarian boys?

Most Hungarians are very well dressed and handsome. When I first arrived to Budapest I would easily fell in love in almost every corner. After some time I realized some weird behavior from Hungarians in general. They are very pessimistic. If you meet a Hungarian for a drink, you’ll definitely hear some complaining. I understand that our own country is not always perfect, but I could never criticize Hungary the way its citizens do. Also, when a group of friends meet, locals avoid talking among themselves in English and it seems a bit strange as foreigners do not understand what they are talking about.

What it’s like being gay in Kyrgyzstan and how is the gay scene over there?

I would say that the gay scene comparing to Budapest is almost non-existent. Everything happens underground. It is not very safe or recommended to be an open gay man in Kyrgyzstan. We are surrounded by very conservative cultures (e. g.: Islamic and Russian). This does not make change easier. Some friends and I have been victims of prejudice and I have heard stories of even the police getting involved in the blackmailing of gay men who are still not out. To make things worse, Kyrgyzstan is planning to adopt the Russian law of forbidding any type of gay propaganda or agenda in the country.

With this complicated situation in your country, would you like to stay in Hungary in the near future or go somewhere else?

I’m actually about to finish my university studies and have no plans of going back right now. I cannot say Budapest is my final destination, but I don’t plan to leave it in the near future. I love this city.

Where do you hang out in the city? Do you have any hobbies?

I love Why Not Cafe! This is literally my second home. I especially love the place during the summer when I can sit outside and enjoy the breathtaking view of the Liberty Bridge, Gellert Hill and the castle. I’ve also been to different gay places but Why Not is where I feel the most comfortable. I love roller-skating around town. I tend to do it alone though as my friends cannot always keep my pace (I can go forever and cover long distances). 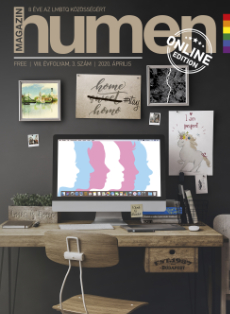