In the burgeoning world of niche perfume, Miguel Matos is something of a polymath. His talent lies in drawing parallels between the direct sensory experience of scent and more abstract intellectual and artistic concepts. Indeed, Miguel’s ability to capture in word all that is great about modern perfume led him to write about fragrances professionally and since 2013 he has been an editor at Fragrantica. The go-to place for global perfume obsessives, or ‘frag heads’, as they’re affectionately known in the business, Fragrantica can make or break brands with its incredible industry clout. Miguel’s colourful writing style on the site has been honoured by the Fragrance Foundation and his journalism has won the Perfumed Plume Award several times. 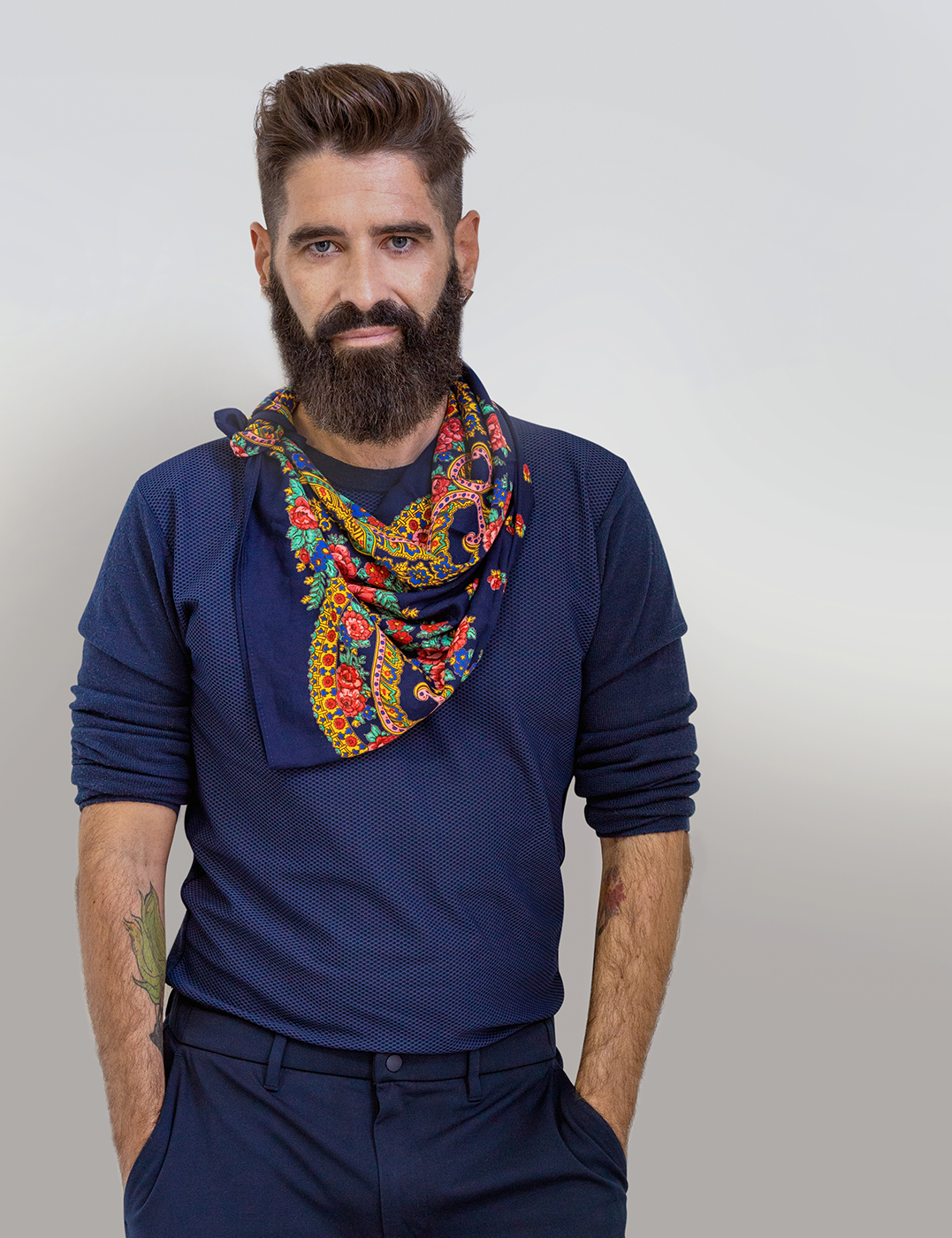 But Miguel isn’t just a keyboard critic with a nose for beauty. He has curated a number of olfactory art exhibitions, including Making the Body Think at the Institute for Art and Olfaction in Los Angeles. An avant-garde exhibition focussing on the intersectional areas between art, philosophy and smell, Making the Body Think featured olfactory creations from renowned niche perfumers such as Anatole Lebreton, Antonio Gardoni and Pissara Umavijani. Drawing from the theories of Portuguese philosopher, Maria João Ceitil, who argued that the body was a dialectical space of subjectivity, each perfumer was asked to fill an empty room with scents inspired by the odour of the human body. The aim was to highlight how body and smell are essential in the realization of our subjectivity. No matter how much western rationalist thought has tried to eradicate the body from mind, we are always inextricably tied to our sensory embodiment, our own human odour.

Theory inevitably turned to practice for Miguel with the launch of his own line of fragrances, Miguel Matos Olfactory Art in 2018. His multimedia roots in the industry mean that his niche perfumes draw inspiration from a range of cultural phenomena, from pop music and art, to modern technology and the world of fetish, all injected with a rainbowcoloured dose of camp to keep things playful. No better fragrance to reflect his colourful reference palette and queer sensibility than his latest release, ‘Electric Dreams’, a synthetic explosion based on the cult film of the same name. Detailing the love triangle between a man, a woman and a computer, the film featured the iconic hit ‘Together in Electric Dreams’ by Philip Oakey and Giorgio Moroder. Miguel’s scent is a sexy, ‘80s plastic extravaganza and features a fabulously addictive ‘overheated harddrive’ note. ‘Electric Dreams’ is wildly experimental and incredibly fun at the same time. 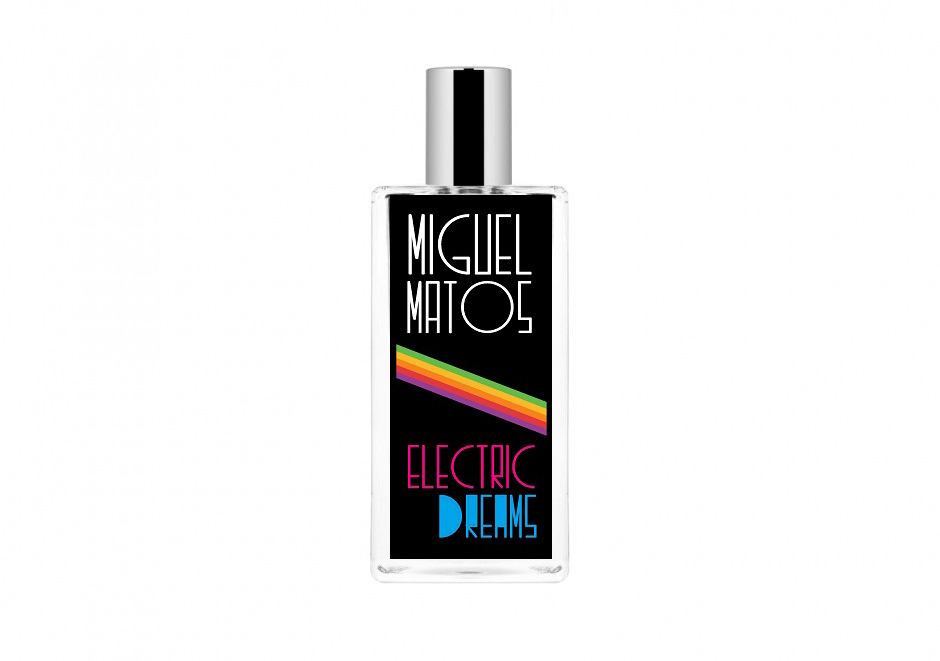 As perfume is the language of intimate communication for Miguel, he has also spread the love by collaborating with a number of respected brands. His portfolio includes fragrances made for Der Duft, Horai Studio, Nishane and Renier Perfumes. Arguably the most successful of these collaborations was with the legendary Bruno Acampora, which resulted in Miguel winning the prestigious Art & Olfaction Award in 2020. Entitled ‘Young Hearts’, the fragrance is part of the brand’s Studio 54 line and reconnects the house with its eponymous jet-setting founder. Often considered the godfather of niche perfumery, Bruno Acampora was a regular at New York’s infamous Studio 54 Nightclub and was even the subject of a photography series by Andy Warhol. With the Studio 54 range, Miguel taps into the drug and sex fuelled decadence of the ‘70s, seeing in perfumery the ability to capture the body’s hedonistic drives which propel it ever forward in its pursuit of sensual pleasure and self fulfilment. 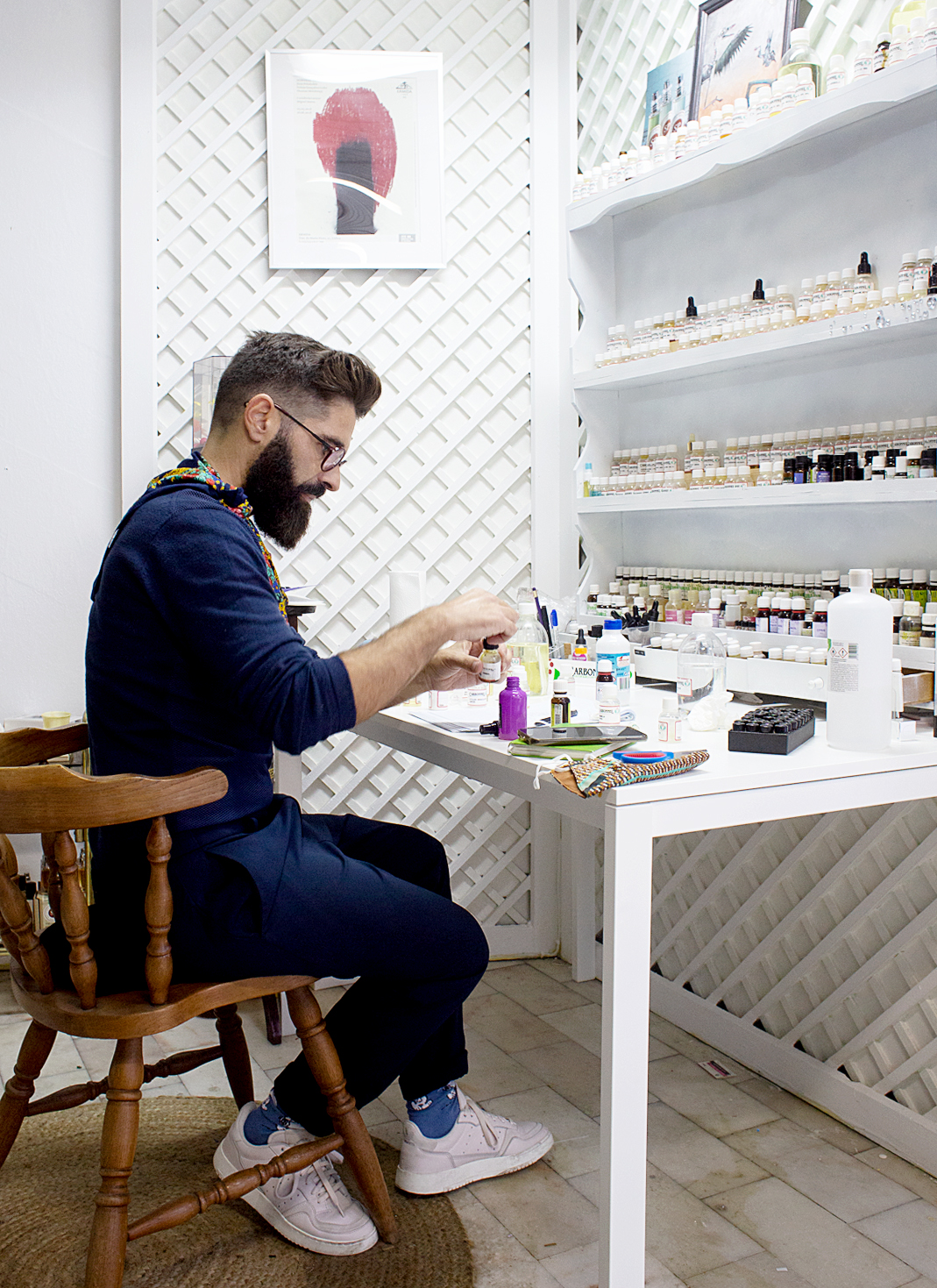 On November 6th from 18:00 Miguel will also be at the St. Andrea Rooftop Bar, where mixologist Péter Veres will be translating ‘Electric Dreams’ into cocktail form. What better way to honour Miguel’s multifaceted approach to perfumery, than to pleasure the senses with a tailormade drink inspired by his flamboyant olfactive world. 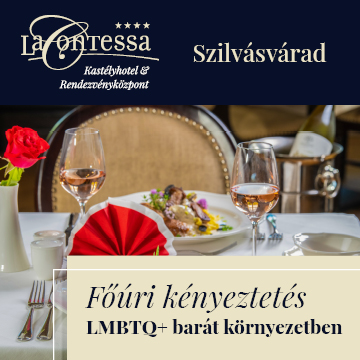