Originally from Gujarat, far from Hungary, Hardikkumar Mistry has a touching story to tell about the life of gay men in India. His job brought him to Budapest where he has found a new way of living slightly different to the Indian one.

Please, tell us about yourself. How was your life before moving to Budapest?

I grew up in Valsad, it is a small coastal town of Gujarat, India, by the Arabian sea. It is famous for its beach and Alphonso mangoes. Valsad is primarily considered an agricultural city and its economy highly depends on it: the town has the highest production of mangoes in the state. So I came from Gujarat, a state in Western India which is the birthplace of Mahatma Gandhi. I went to school and college there and after that I started working in Ahmedabad, the biggest city in Gujarat. I have travelled to few places in India for work purposes for short periods. Before moving to Budapest, I had been living in San Francisco for some time.

I work as a software architect for an Indian IT giant. We are a consulting and service company so we work for different clients from different countries. The client who I have been working for has their EMEA headquarter in Budapest and a few months back they thought I would be more helpful here, working with them in their office so here I am.

What did you know about our country before?

To be honest, not much. I learned about Hungary a bit in history class while I was in school and that’s it.

Absolutely. The language, the dressing etiquette, the food, the acceptable behaviour in public, how to greet people – basically everything was different. I was literally scared to my bones when I arrived here as I knew no one, not even from India. I did not know what to do, but I learned eventually, mostly by observing others. Then I met one of my closest friend, DJ, who is from India. We met through Grindr. He has been living in Budapest for the last 4 years so he helped me a lot in learning many things about Hungarian culture and Hungarian men.

Now that you mentioned it, what do you think of Hungarian men?

To be honest, they are good-looking, they have a very good taste in fashion, they are intelligent and have skills/interests/expertise in several different areas which is more attractive for me. Sometimes it feels like being a fat kid in a candy store. Though I have had some bad experiences on Grindr and PlanetRomeo where some guys made racist comments, overall it was fine and I am looking forward to dating a Hungarian guy.

What are your favourite things about living here?

Oh, tough question as there are too many things actually. One of the things I love most is the small, cozy cafes all around the city. I spend many hours with my friends there and they are among my favourite places to ask someone for a date. Apart from those, I like the Danube, the architecture, the way the city is designed, its streets, trams and the food. Another thing I like is the culture of the city. Being the capital of Hungary and one of the most important cities of Eastern Europe, it provides you the opportunity to meet people from different parts of the world.

And what are the things that you don’t really like?

Well, I have never thought about it as I have always tried to find the things I love. Sometimes I find it difficult to interact with people due to language problems. Hungarian is pretty difficult to learn but I can’t say that’s the thing I don’t like, since if I am going to live in this country I have to learn the language sooner or later.

For example, straight people kissing in public is considered perfectly normal, it is a sign of affection here, while in Gujarat and in most parts of India it is considered highly indecent and you may get into trouble for doing it. At the same time, in Gujarat, we have a large number of festivals which makes it more vibrant and you can feel the difference in energy in the people and the way of celebration.

What do you think of gay life in Budapest?

Coming from a very conservative society where even talking about sex is a taboo, Budapest is like heaven for me. Budapest is very special for me as here I can be what I am and I don’t have to pretend anymore. After coming here, I have met many amazing people from different parts of the world, I have seen gay and lesbian people in committed relationships, I have learned how a gay relationship works. Even though I have accepted myself and my sexuality before coming here, meeting all these people gave me the courage and confidence I needed. Around a month ago, I came out to two of my best friends in India. I was really scared while talking to them but I was more prepared than before and I am pretty sure that I could not have done it if I have not been in Budapest, so you can imagine the kind of impact living here has on me and its importance in my life.

I have met some guys at house parties and a few through Grindr and PlanetRomeo so my exposure to gay life in Budapest might be limited but I am planning to visit a few gay bars/clubs in a few weeks, so we’ll see.

Do you take part in the life of the communit?

Not much. I haven’t been to any gay bars/clubs/parties but I am planning to visit Vibe and the AlterEgo club soon. I am looking forward to take part in my first Pride in the upcoming month.

How is gay life back in your hometown or your home country?

Gay life does not exist in Gujarat. Though guys use Grindr, PlanetRomeo and other apps, they are for hookups only. The concept of dating does not exist. As homosexuality is a crime in India, there are no gay bars or clubs or any such places in Gujarat. There are a few places in bigger cities like Mumbai, Delhi, Bangalore though. As you cannot marry a guy and homosexuality is a taboo, no one is ready for committed relationships. Most of the gay guys I know got married to girls due to family pressure and other reasons but they still get into sexual relationships with other guys. Sometimes the marriage works, sometimes it doesn’t, but divorce is not common in India and it is very difficult to get divorce so both the guy and the girl spend their entire life in misery.

Besides, a lot of people have an extremely conservative approach towards homosexuality: they consider it as a sin or a disease or a mental abnormality. It is very difficult to come out as gay even to your close friends or to your family. There was an incident where a family killed a guy (I knew him personally) when they found that he is gay. Most of the gay guys spend their entire life in the closet.

I am not planning to marry a girl at any cost. There is a very tough road ahead for me: explaining my sexuality to my parents may be the most difficult task of my life. I am hoping for the best right now.

What do you miss the most from the home?

Not much, except all the festivals.

I am an IT nerd so I spend most of the time reading about the latest trends in the IT service industry. I am crazy about TV series and animation movies. I love reading books of different genres. I have recently started going to the gym and getting addicted to it, so I spend a few hours daily in the gym and reading about exercises and nutrition on the internet.

Read and get yourself familiar with the culture of Hungary. Have some patience and try to get involved, don’t try to be with people from your country only, you may feel left out due to cultural difference and language problems but give it some time. Don’t give up, slowly act like you belong here and you will feel more accepted and you will enjoy every aspect of the Budapest. And yes, get yourself familiar with a few common Hungarian words, it will make your life easier. 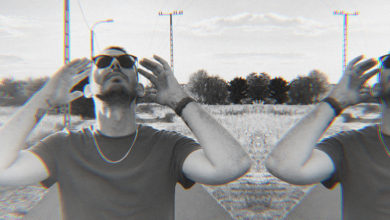 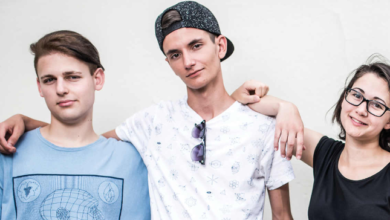 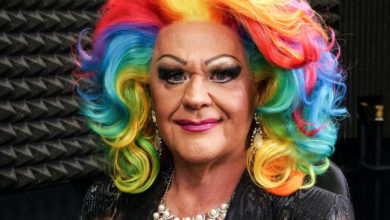 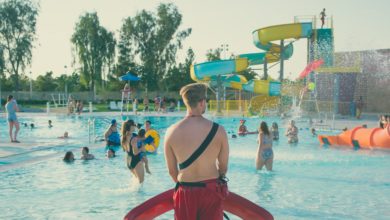