Proud Hungary – The Budapest story of a Venezuelan guy 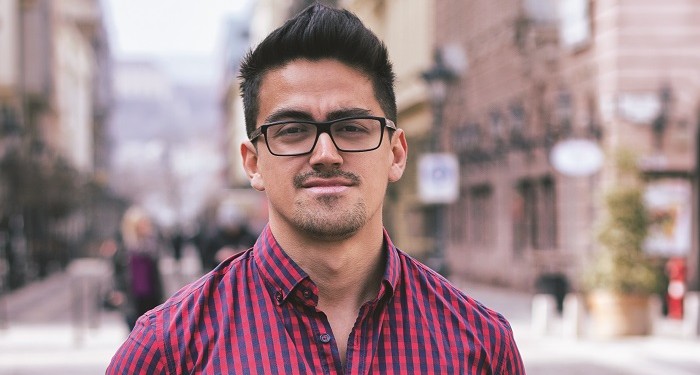 What made you come to Budapest?
I came because I got accepted at the Central European University to study constitutional law. When I arrived, I didn’t know anything about the city. At that time, Hungary was changing its constitution and I thought it was a good place to see how the laws were made and put into practice.

From your observations, what did you learn from these constitutional changes? What do you like or dislike in Hungary’s current political position?

The main changes visible are in the structure of the government and not in individual rights. I particularly disliked the fact that the government built a Constitution to fit into their political need to stay in power and control institutions. A good example would be the isolation of the Constitutional Court as final interpreter of the Hungarian Basic Law. Another example is the high 2/3rd majority requirements created to change the laws approved by the current administration. I actually agree with such dispositions in a context where different voices change the law and want the law to be perpetuated as a political pact of understanding. However, this was not the case in Hungary.

How long have you been here?
Four years and counting.

What are your impressions of the city compared to your hometown?
Budapest is an amazing place to live! I come from a chaotic city where you can be stuck on traffic for more than 3 hours every day. We do have a nice weather but Budapest has a special charm. Each season provides something special to do here.

What’s your impression of Hungarians?
Hungarians in general are very welcoming and kind, especially if you attempt to speak their language. As in every country, there are different classes and groups. So far, I have met more Hungarians associated with the academia and with the human rights movement. Sadly, they usually share the same characteristics. They complain too much but are not strategic when it comes to take action. Hungarians love to blame others for their unhappiness, often not realizing the potential that their country may offer.

How is the gay scene in Venezuela?
Pretty similar to the Hungarian gay scene. A lot of closeted people, mostly looking for hook-ups. Like in Hungary there are a few gay bars, cafés and monthly parties.

Have you suffered any kind of prejudice either in Venezuela or in Hungary?
Not really, I am of the belief that one has to believe in him/herself and others will respect you. Discrimination is everywhere and if we want to find it, we will. However, if you’re strong enough and have your friends and family’s support, you realize that people looking at you funniy or even shouting are unnoticeable. I have mentioned this before to my friends that many people look at me in the metro and when I smile at them, I realize they were just curious about where I come from instead of judging me. I like to approach these people and instead of going home with a silent history of discrimination, I go home with a new friend that just wanted to get to know me as much as I wanted to know them.

Where do you hang out in the city?
Mostly on the Buda side, I like going to the parks and the green areas of the city.

What are your favorite venues in Buda? Any favorite parks or restaurants to recommend to our readers?

Any Hungarian and expat should visit Kopasz-gát, enjoy a day in the sun and have a drink in one of the many restaurants in the park. Another thing to do is to wonder in the art galleries located in Bartók Béla út. Feel free to call me a grandpa, but for me this is the real deal!

What do you think of the Hungarian gay night life? Do you have a favorite place to drink, club or simply hang out?

My favorite gay place to hang out would be at any friend’s house before going to a party. In my opinion Budapest is missing gay places where you can go to have a drink and not only hook up. Entrepreneur readers who look forward to invest in the city’s entertaining business, please let me know! I am sure that there are many “Budapesters” that would like the idea of going to a bar or a club without feeling like being devoured by horny eyes. House parties provide a great Grindr free environment, where the important thing is to be among friends and have a nice time. 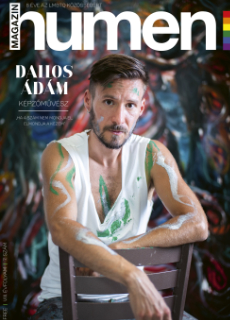