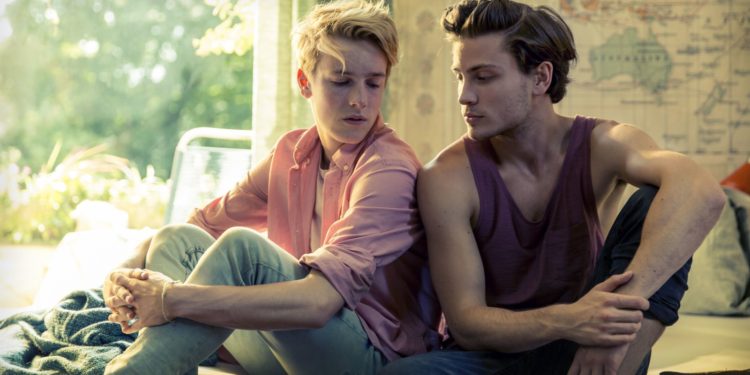 The Művész cinema is the home of the 2nd Humen Film Festival between 14 and 17 September, 2017. The program is once again compiled of movies that haven’t been screened in Hungary before. The 2017 edition of the festival is centered around popular blockbusters that were both admired by the critics and the audiences, including a German youth film, a South Korean historical drama and a Finnish biopic, while the indie scene is represented by a French and an Argentinian romance. Our goal is the same as last year: to encourage diversity, optimism and a hopeful spirit with the help of films from every corner of the world. The films are be screened in their original language with Hungarian subtitles. Let’ see the program!

At the beginning of their teenage years, Matias and Jeronimo spend every summer on the Argentine coast in the holiday home of Jeronimo’s parents. Their sele-indulgent, childish games take a new turn over time: physical attraction begins to emerge between them, but it’s never consummated, because Matias’s father gets a new job in Brazil and the family moves there. Ten years later, with a scientific career and a new girlfriend, the conservative Matias returns to the scene of his childhood memories and accidentally runs into the now openly gay Jeronimo who leads a bohemian life. It soon turns out that although they live in two completely separate worlds, their attraction towards each other hasn’t faded. They decide to spend a few days in the seaside cottage where, besides revisiting their shared memories, they can also decide how to go on with their lives. 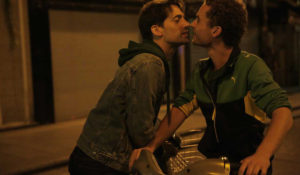 Directed by real-life couple Olivier Ducastel and Jacques Martineau, this unusual romantic drama follows the events of one and a half hours. Théo and Hugo meet in a sex club during an orgy, but their experience turns out to be unexpectably intimate. After the event, they go for  a walk in the night, suddenly burdened by the heaviness of reality on the empty streets of Paris. They have to find the answers to questions that only seem to be easy ones: do they want to know more about each other? Is it worth it to trust the other? Will the dawn bring love?

The directors were mostly concerned with the last issue; they wanted to capture the way two people fall for each other, the first moments of love. They seem to have grasped it perfectly, since they were awarded the Teddy Prize at the Berlinale for their movie which premiered in the Panorama section of the festival.

Discussion before the film

On 15 September, before the film there will be an AIDS and HIV-related discussion beginning at 8:30 pm. Participants will include notable doctors: Dr. Zsófia Feiszt Clinical Specialist, University of Pécs, Faculty of Medicine; Dr. Zsuzsanna Szabó clinical psychologist; Dr. Ádám Balogh from Anonym AIDS Advisory Service and Tamás Bereczky openly HIV-positive patient. The discussion will be moderated by Zoltán Petróczy (Lady Dömper). 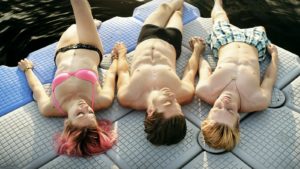 17-year-old Phil arrives home from summer camp to his mother and sister. They live in an old villa with little to no contact with the other residents of the town. Their neighbours find them too peculiar; rumour has it that Phil’s mother can talk to animals. Phil doesn’t realize that something has changed between his mother and sister during him being away – they don’t even talk to each other anymore.  He rather spends his time with his best friend Kat until he falls in love with their mysterious new classmate, Nicholas. His life becomes an emotional rollercoaster: he has to deal with family issues, his friend’s jealousy and new love.

The film was adapted from Andreas Steinhöfel’s youth novel of the same name. The novel, which  received numerous literary awards, revolves around the difficulties of adolescence, of growing up and finding happiness. 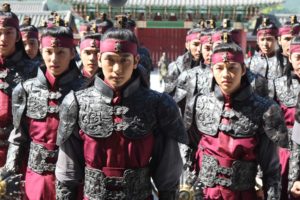 With its exquisitely detailed visuals, A Frozen Flower leads us to a far-away and exotic land. This spectacular high-budget royal drama is filled with violence and sensuality – no wonder it was  a great success among the public. Based on historical events, the story take place in 14th-century Korea during the final years of the Goryeo dynasty’s reign. Some territories are ruled by bandits and the coastal areas are repeatedly plundered by Japanese pirates while King Gongmin becomes more hopeless with every passing day. He gained many enemies among the country’s nobility and he also appears to be out of the mercy of the Chinese emperor. The only way to secure his reign would be to produce an heir, but the king has never even touched his wife during their marriage due to him being attracted to the same sex. He’s in love with the captain of the royal guard who was brought to the palace as a child and raised to be his concubine. In order to save his power and the lives of his loved ones, he finds a painful solution in ordering his lover to lie with the queen. 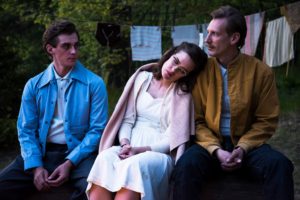 One of Finland’s most well-known artists commemorates his home country even in his name.  Touko Valio Laaksonen (1920-1991), or, as he’s more popularly known, Tom of Finland became an icon of queer culture in recent times. Spanning over four decades, during his career he created approximately 3500 drawings featuring hypermasculine men. Art historians consider him to be the most influential artist of homoerotic art, even though he started drawing with the simple purpose of entertaining himself at the age of nineteen. During his career, he had to battle censorship many times until he could finally found his own publishing company and release his works.

His life was brought to the silver screen by the one of the most successful Finnish directors, Dome Karukoski. The film is also Finland’s entry in the Best Foreign Film category of the 2018 Academy Awards.

Tickets are available online at the website of Művész mozi, or in person at the cinema. 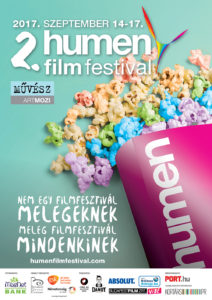 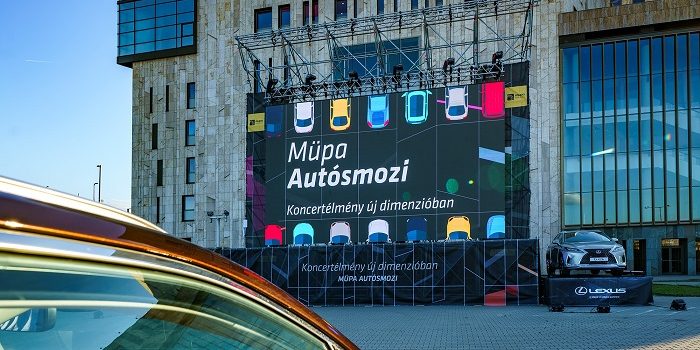 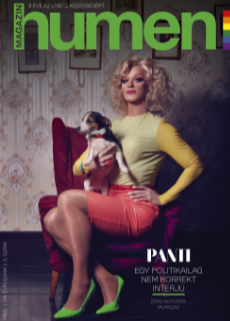